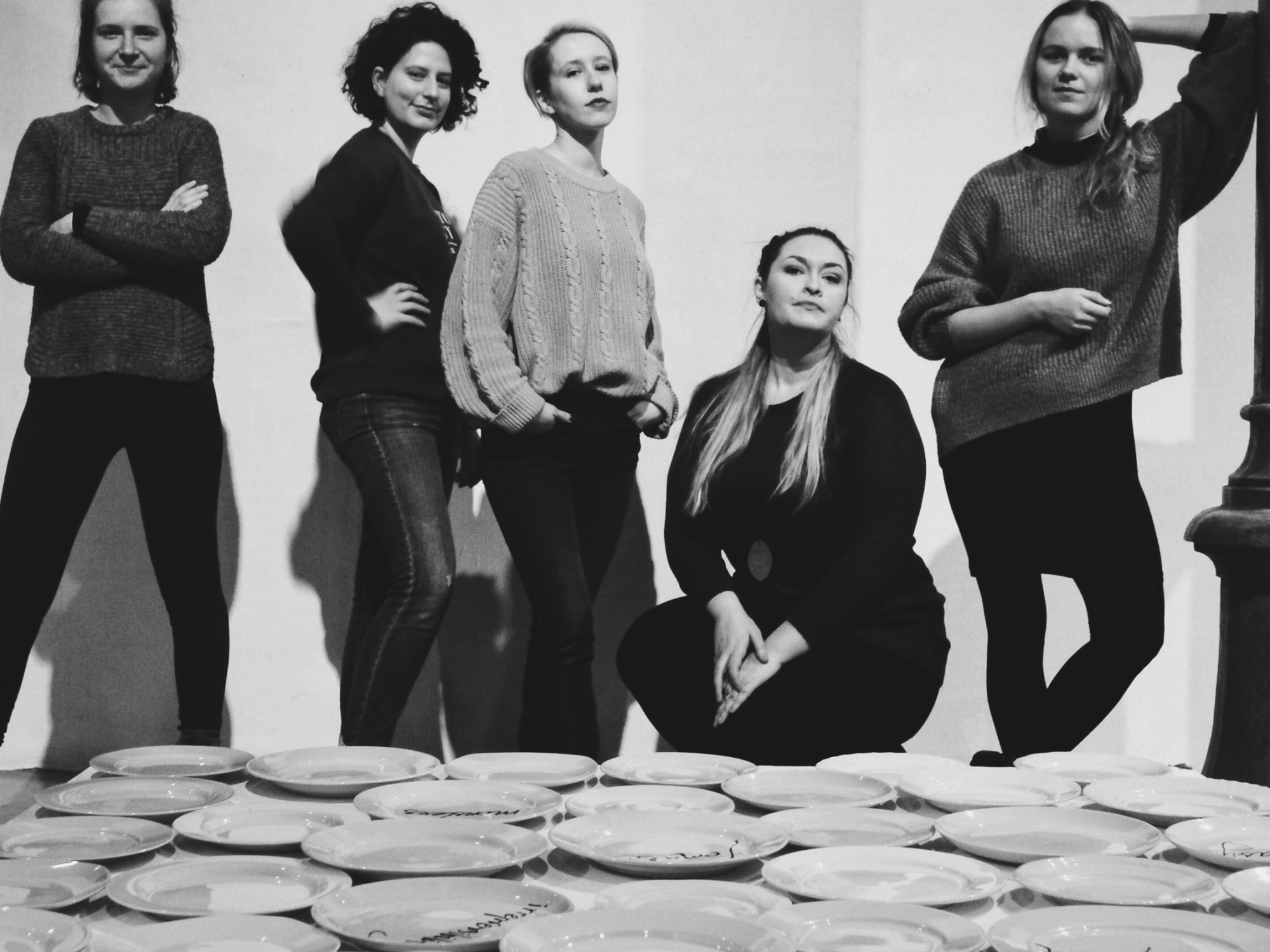 We are frustracиja. – art collective that was founded in Vienna in the summer of 2015.

We are an independent art and art history collective based in Vienna. The collective is conceived as a non-profit organisation consisting of five women who migrated to Vienna during the previous few years, and are all coming from different countries in Central, Eastern and South-eastern Europe. Together we are aspiring to develop the collective as a platform for exchanging ideas and experiences, as well as platform of innovative artistic and cultural praxis.

At the moment, frustracиja. collective is functioning as a closed group. We are focusing on performance installations and are dealing with the concepts of frustration, absurdity and irony that lie behind the application system.

Why we use и in the name of the collective?

We use и (the letter “i” in Cyrillic) in the name and the logo of our artist/art historian collective for several reasons:

1. We, the founding members of the frustracиja. are all of Slavic background and nationality. Cyrillic/Azbuka is a Slavic script used in some of the counties from where we originate, while in the others the official script is exclusively Latin. As student migrants we are integrating in Austrian society. This integration is represented by the integration of the one Cyrillic letter into a word between other Latin letters.

2. We are pointing out that we come from different environments that are often contrasting the one in which we work at the moment, by pointing to our (personal) migrations from East to Central Europe.

3. This is a way of connecting East/Southeast with Central/Western Europe and our future collective work will definitely (and almost inevitably) touch on the contact and division points between Eastern and Western cultures, artists, institutions…

4. On another level in this one word we are connecting ‘Croatian’ (‘Bosnian’ also) and ‘Serbian’ language/s as the word contains has both type of letters, and the difference in the script is basically the main, biggest difference between these languages.